Top 25 Accountancy Firms After the Big 4

Boasting a global revenue of $9.6 billion, BDO is a network of accountancy firms that operate under the BDO umbrella. With offices in 162 countries around the world and numbering more than 80,000 employees, it’s no wonder that this is one of the top accountancy organisations in the UK today, pulling in £575 million last year.

Grant Thornton is the biggest professional services network in the world after the Big 4 and BDO. Headquartered in London, they are present in more than 130 countries and employ over 53,000 people. Last year their global revenue was an impressive $5.4 billion with the UK arm amassing £491 million.

Only a hair’s breadth from Grant Thornton is RSM, with a total revenue of $5.3 billion. With its headquarters based in London, RSM’s UK arm was formerly Baker Tilly LLP. 43,000 people work for the firm worldwide and in 2019 they brought in £335 million through their UK offices.

Smith & Williamson has offices around the UK and Ireland, including in London, Birmingham, Southampton, Dublin, Belfast, Jersey, and Glasgow. It is part of the Nexia International accounting network and currently has a revenue of £278 million. They employ around 1,700 people.

French accounting, audit and consulting group Mazars has a big presence in the UK as well as in 90 other countries. Revenue is around the €1.6 billion mark and they employ more than 40,000 people around the world. At last count, the UK operation was worth £197 million.

PKF, formerly known as Pannell Kerr Forster, was founded more than 50 years ago when four accounting firms based in the UK, the US, Canada, and Australia came together. Today they’re one of the UK’s top accounting firms and the PKF UKI network topped £140 million last year.

More than 100 years after it was founded, Moore, Partridge & Co became the Moore Global Network Limited in 2019. With more than 30,000 employees and a global revenue of more than $2.9 billion, this firm has earnt its place in the UK’s top 10, pulling in more than £108 million last year.

Accountancy giant Haines Watts has 60 offices throughout the UK and almost 1000 people working for them. Established in the 1930s, the group saw a revenue of £96 million in 2019, which was up 13% on the previous year.

Also a member of Nexia International, Saffery Champness is one of the largest and oldest UK accountancy firms. 2019 saw them pull in over £91 million and they currently hire more than 700 people.

The UK arm of Crowe Global is part of the 8th biggest accounting network worldwide. Headquartered in New York, they currently have a global revenue of $4.3 billion and over 42,000 employees. Last year Crowe UK almost hit the £88 million mark.

More than 140 years since its original inception, MHA MacIntyre Hudson now boasts a revenue of £65 million and employs more than 800 people across its 14 offices. It is also the only UK member of global accounting network Baker Tilly International.

Northern firm Traynor & Partners took over London-based Begbies to form the Begbies Traynor Group in 1997. Today they have 75 offices and base their headquarters in Manchester. They employ around 650 people and have a revenue of just over £60 million.

Kingston Smith – also known as Moore Kingston Smith – is a UK-based firm and a founder member of global independent accountancy association Kingston Sorel International (KSi). Staff number around 500 and in 2019 they pulled in just over £56 million.

With 19 offices across the UK and 500 employees, UHY Hacker Young is a founder member of international accountancy network UHY International. This 95-year-old firm took in just over £49 million last year.

UK-based Menzies is part of the $2.93 billion HLB International network. They currently have a number of offices across the south of the UK as well as in Cardiff. Employees total around 400 and last year they raked in more than £42 million.

TaxAssist is an accounting franchise that was founded in 1995 and has been growing ever since. They currently have 375 offices across the UK and last year they took in over £41 million.

With several offices across the south of the UK, Kreston Reeves is also part of international accounting network Kreston International, which is present in 125 countries. They currently hire around 550 staff and saw £37.6 million last year.

haysmacintyre is the result of a merger between Hays Allan and MacIntyre & Co back in 2001. They now employ more than 300 people and last year saw a revenue of almost £33 million.

London-based HW Fisher & Company has been around since 1933 and is a member of the international independent accounting association Leading Edge Alliance (LEA). They currently have 320 employees and last year took in more than £32 million.

Award-winning UK accountancy firm Hazlewoods started out life in 1919 as Williams Manning & Hazlewood based in Cheltenham. They are a member of the HLB International network and employ over 300 staff across their offices. Last year they pulled in £31.6 million.

This top UK accountancy firm made the Sunday Times Best Companies to Work For list last year. It has recently expanded to 33 partners across its 10 offices and hires more than 350 people in total. Their revenue for 2019 was £28.6 million.

Armstrong Watson has clients across the North of England and Scotland, serving them from its 16 regional offices. This 150-year-old firm has more than 400 people working for them and last year brought in more than £26 million.

Lincolnshire-based Duncan & Toplis is the last name on our list but certainly not the least. With more than 400 staff across 11 offices and international reach through its membership of Kreston International, this accountancy firm is definitely in the big league. Last year they raked in almost £26 million. 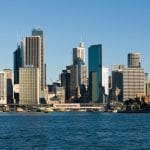